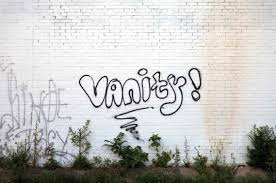 ‘Graffiti’ is when you damage the appearance of a property in any way; either by writing, scratching, drawing, etching, marking or posting something on any property (including buildings, vehicles, walls or poles).

Graffiti is against the law if it is done without the permission of the owner of property or the local council. It is also illegal to graffiti on public transport in the Adelaide area (i.e. buses, trains or trams run by ‘Adelaide Metro’ and its premises (including train stations, bus or tram stops). You may also be found to have committed a crime if you help, assist or encourage another to do graffiti. The penalty for aiding or encouraging someone else to do graffiti is the same penalty if you were to do the graffiti yourself.

If you are under the age of 18, it is against the law for any person to sell a paint can to you. If a person is found to have sold a spray paint to a minor, then they may be fined up to $5,000.00. As such, a shop assistant is likely to ask you for identification to prove you are over 18 if you seek to purchase a spray paint. If you cannot prove your age, then they may refuse to sell you the spray paint.

If you can prove you have a lawful reason for carrying graffiti tools (such as a spray paint can or marker), then you will not be found to have broken a law. The primary reason is that it is your job. A police officer may stop, search and potentially detain you if they reasonably believe you have a graffiti tool and that you will use those tools to create illegal graffiti. The police also have the power to confiscate your graffiti tool.

If you are caught carrying graffiti tools, or doing illegal graffiti by the police, and are under the age of 18, the police may:

If you are under the age of 18 and are charged with a graffiti crime, and then found guilty by the court, the court can:

This article describes the law in relation to graffiti in South Australia. The law may differ if you are in a different State or Territory of Australia.